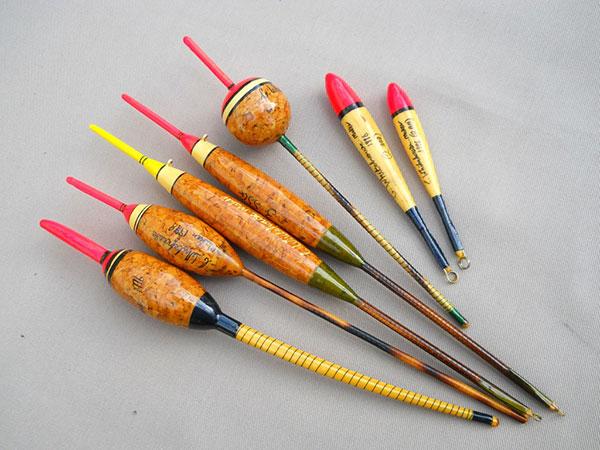 Colin does indeed float, although he tells me that these days, particularly after Christmas, he’s more of a Neutral Density than a Floater. I asked him if he meant he’s an Intermediate. He told me he’s pretty sure not and he’s happily married.

Imagine a life size replica of Colin, made entirely from the finest Japanese fluorocarbon, with the same refractive index as water, hovering just beneath the surface. You couldn’t see him, but you’d know he’s out there, like a bonefish bent on revenge, waiting, waiting.

Colin’s a good lad though, and he was the absolute master float maker. The exceptional collection I am delighted to offer you was made in the late 1990s for the late Clive Baron, a friend of Colin’s. They are in perfect unused condition. Some were very rare special commissions.

The cork bodies of the Avons and the perch float were made from the seemingly inexhaustible supply of champagne corks that my parents, then living in France, supplied him with. Two of the Avons and one of the large turkey quills are sliders -note the superb workmanship where the eyelets are whipped on. 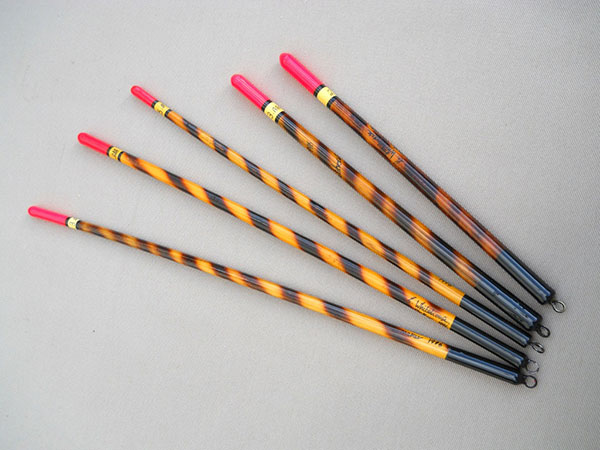 The ‘Barber’s Pole’ Norfolk reed wagglers are so original and difficult to make -and rare, because they would sometimes catch fire while being flamed! 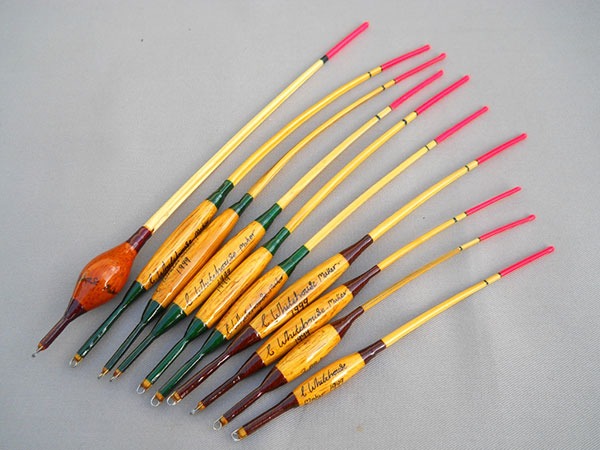 Clive was insistent that Colin didn’t straighten the turkey quill antennas of the balsa-bodied wagglers. He admired their natural curves.

The quality of these floats is phenomenal. Each one, made by hand, was tank-tested, inscribed in Indian ink with its shot capacity and impeccably finished with yacht varnish.

My friend and master craftsman Colin Whitehouse single-handedly revived the craft of float making from natural materials. His floats are stunning but also made to be used. Colin is a very experienced and accomplished angler. He applied his experience to the design and construction of his floats.

Colin ceased production of his floats about twenty years ago. Some people (including me) regard them as the best of all time. These floats are all usable. Losing one would be a shame, but no more troublesome to your purse than the loss of a favourite pike lure. We are informed that they are a remarkably sound investment, but we decline from troubling you with such vulgar matters.