On carp crawling, rubber and other misdemeanours. 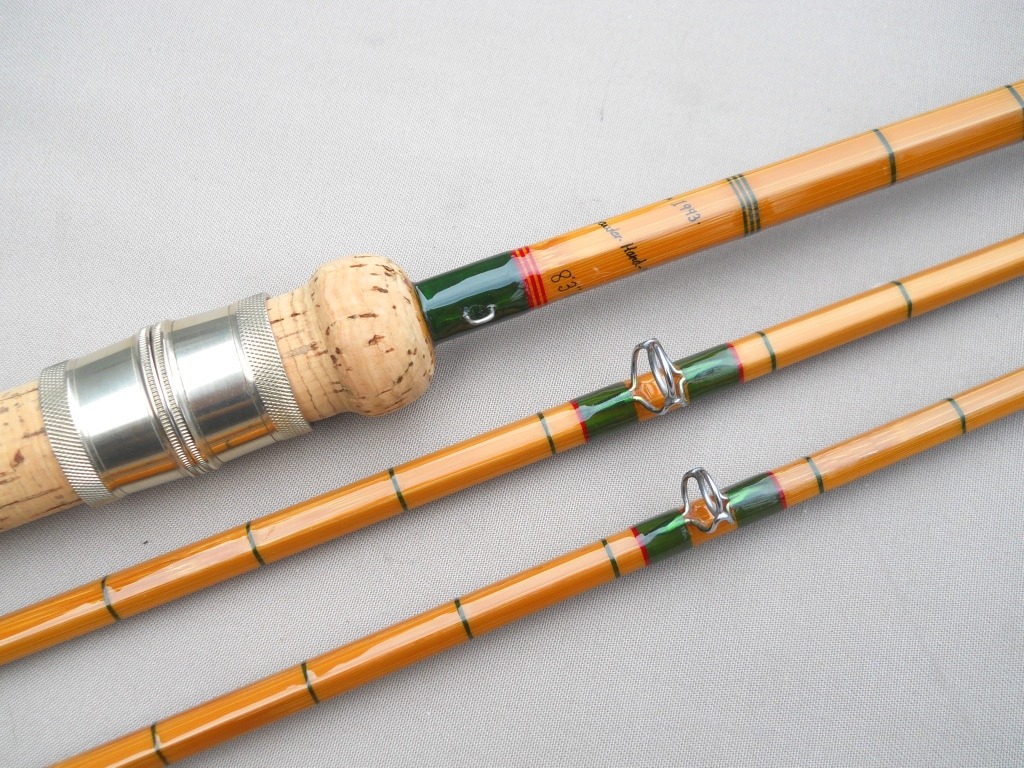 Most people aren’t into carp crawling. They ask: ‘What is it?’ & ‘Can I be prosecuted if I try it?’ Look, it’s not a crime to own a Carpcrawler and if you like to cast lures and baits to a variety of fish, this is a superbly versatile rod. Of course you can use it for stalking carp too. Oh for pity’s sake. Stalking carp? It just gets worse doesn’t it. Why is fishing so weird? For instance:

The late and very great Fred J Taylor was a family friend. Some time after he died, his daughter Valerie called me. ‘Hi Ed’ she said cheerfully. ‘I’ve been going through Dad’s stuff and found his Masonic apron. I thought you must be a Freemason so I’m hoping you’ll be able to tell me more about it.’ Well, I couldn’t. I’m not a Freemason and even though I’d known him all my life, I had no idea that Fred was one.

A week later, a rod maker from the United States phoned. He was hoping that I might be a Freemason because he’s one and so were Hiram Leonard and a whole gang of other historically significant American rod makers. He was researching Freemasonry in connection with rod making. I think he may have mentioned that F. M. Halford was a Freemason. He was certainly very disappointed that I’m not one. I’m not saying that Freemasonry is necessarily bad. It’s just that I’d rather people called me up to talk about test curves, or claret vintages.

Some people are heavily into rubber. 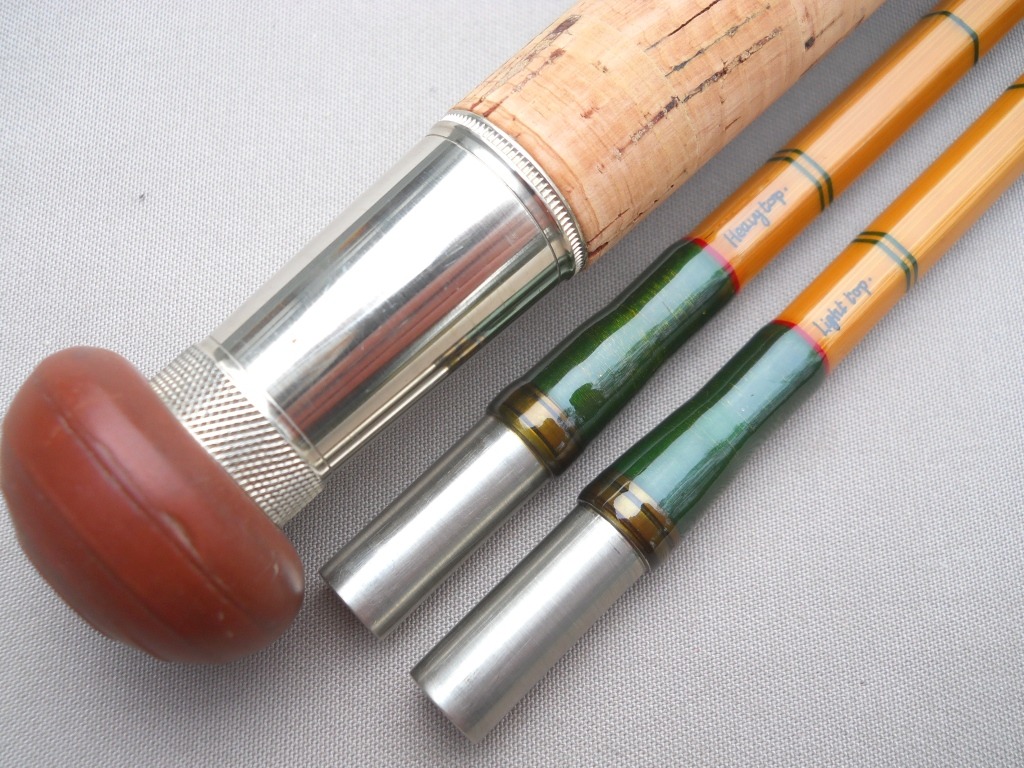 You’ll have noticed that the exquisitely machined and daintily knurled butt cap on this rod has a red rubber button. Why are so many anglers rubber fetishists? Here’s an example: The other day one of my favourite customers, a man who has been buying rods from me since I was a hairy lad, spotted a pair of red rubber buttons on a shelf in my workshop. He actually lunged at them and I had to physically restrain him. It wasn’t quite the wrestling scene between Oliver Reed and Alan Bates in Ken Russell’s film Women In Love, but it was a tense moment. “Could I have those? I’ll swap them for a pair of black ones. I’ll pay for them!” No, no. We had a cup of tea and agreed never to speak of it again. 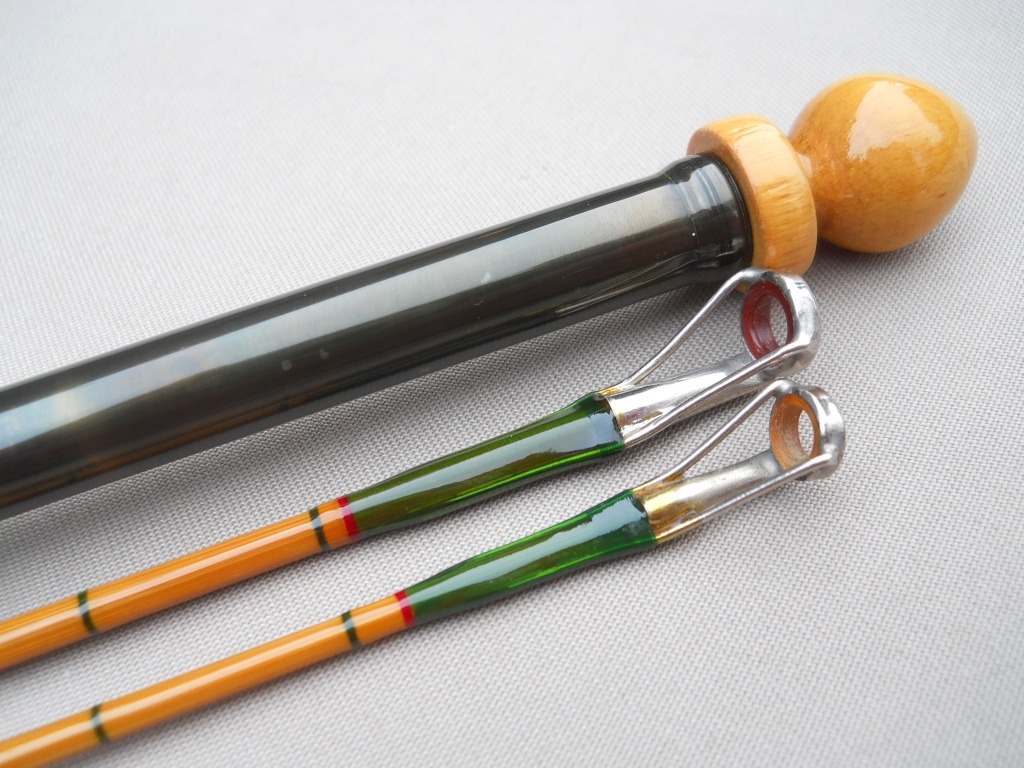 One of my best friends grew up in the southern part of The Great Wen. He calls round occasionally for a chat and sometimes he needs bits and bobs for rod repairs. Like most of us, he damages or wears out tip rings. He calls these ‘Agits’. It gives me great pleasure to point out that among its many refinements, this beautiful hand-made split cane fishing rod has two top sections, both of which have nickel silver tip rings with agit centres.

If you are hesitant (perhaps you have a cold or your glasses have steamed up?) and miss the rare opportunity we’re so generously giving you to buy this rod, we can make you a new one.

For up to date information about our new and 2nd hand rods, please visit our website www.barder-rod.co.uk

You would be very welcome to make an appointment to view and discuss fishing rods, but not rubber or secretive organisations.

With our best wishes for a very happy Christmas,