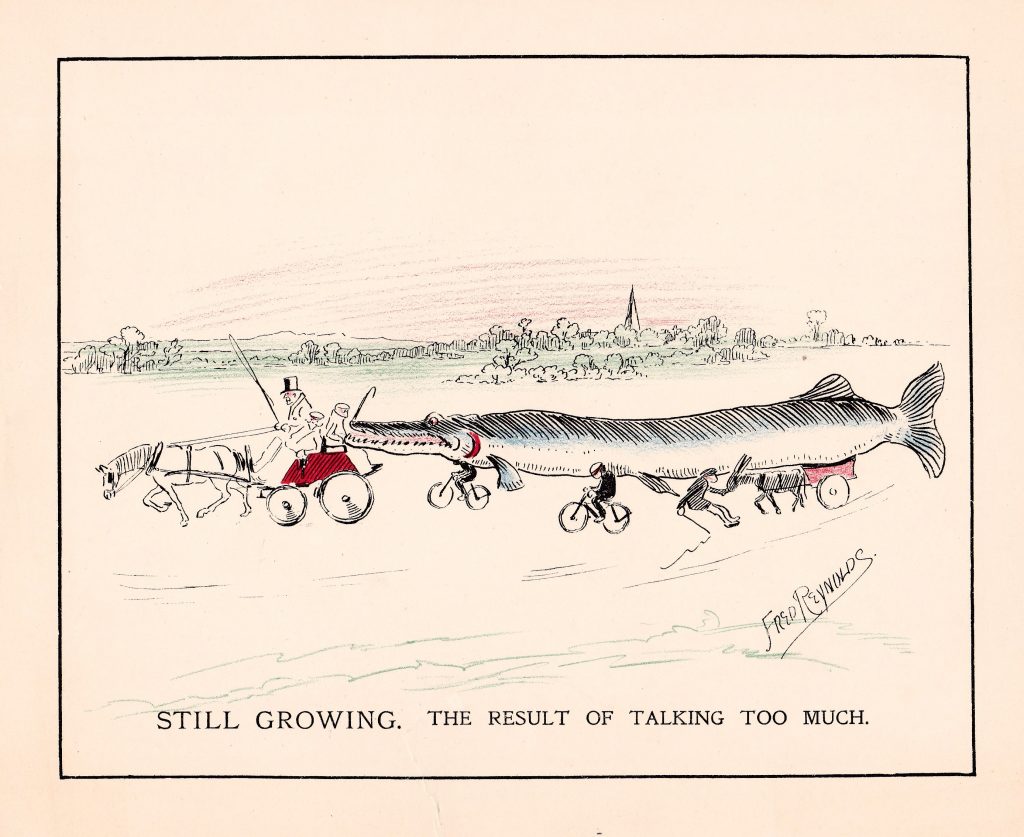 Back in March, just before The Pestilence, my late friend Lenny told me a good one. About fifty years ago, he’d arrived at the world’s most famous carp lake to find a friend asleep by his rods. Lenny said that this angler -let’s call him Chris- had attached bits of silver paper between each of the eight rings on both of his rods. If a carp ran off with his bait, the effect would be both decorative and audible. Nowadays, we’d call it an Installation, but back then, when the angler we’re calling Chris had enough hair to grow it long, it was just a bite alarm. At around this time, Chris and his friends claimed to have seen a four foot long carp.

It was a bit like Fred Reynolds’ pike. The more it was talked about, the larger it became.

I asked Lenny what he made of all this. When he’d stopped laughing, he said that our sleeping angler and his mates had been at the whacky baccy. 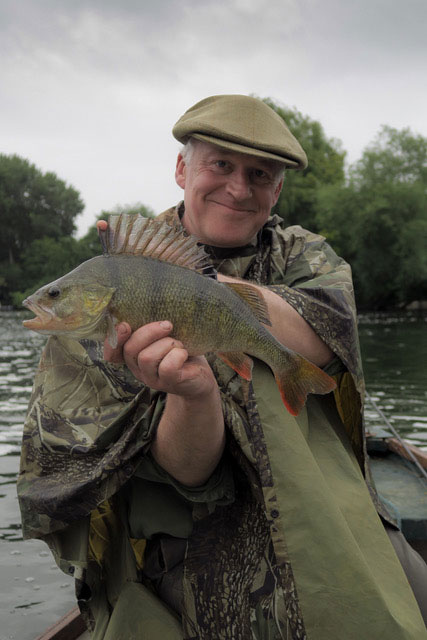 I don’t like whacky baccy, or it doesn’t like me. I forget which, but anyway, I now wear bifocals when I’m fishing. I can see the little hook as I knot my line to it, and I don’t lose sight of my float until I get a bite. The other day, I caught this perch. We (Ian and I fish together a lot. Our wives are rude about this. ‘Going steady are you?’ they ask. Sadly, we remain drearily heterosexual in a gruff, manly and hygienic way) had been troubled by a repetitively boring plague of tiny perch. Our eyes were conditioned to fish of a few inches long. Perhaps it was this, or the bifocals, but when the perch in the picture surfaced, it looked vast. We were shouting, to be heard above the noise of the weir, that it was a five pounder (perhaps a record-threatening six, even). Then, as it drew near, we revised it down to ‘certainly over four pounds’ and it wasn’t until I lifted it aboard in the net that I began to have doubts.

It was a really big fish, but rather hollow and out of condition from spawning. Still, I was surprised when careful weighing insisted on two and three quarter pounds. This old thing lives in a run that we’ve measured at sixteen feet deep -a foot deeper than the Diving Pool at Reading Baths.

In this spot, about twenty five years ago, I was fly fishing for pike and caught another big perch. Back then, we didn’t make carbon fibre rods for pike fly fishing or anything else. I know that you worry about this ‘thing’ I’ve got for carbon fibre. Really, I’m fine. It’s just that we (Colin and me) want to build the best possible rods for the sort of fishing we enjoy, and split cane, wonderful though it is, makes a very poor pike fly rod.

Here’s one we made earlier. 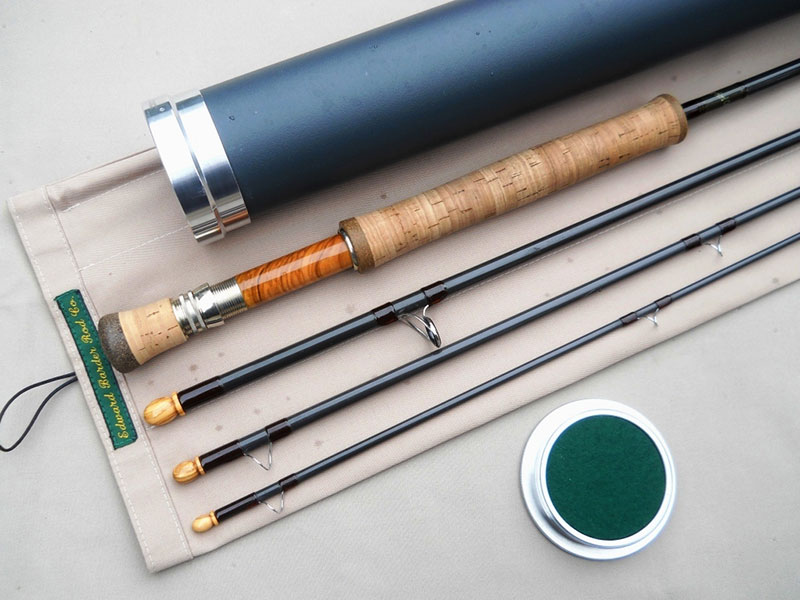 9′ #10-weight 4-piece with a nickel silver and Olive wood reel seat, Olive wood joint stoppers, a tailor made bag & a Barder rod tube. Very functional, very classy, very much the same sort of price as a rather vulgar alternative shipped in from elsewhere.

If you’ve got a special rod in mind, we’d love to hear from you. Lead time on these tubular beauties is months rather than years.

Best of luck when you go fishing and until next time, stay well and look after yourselves.