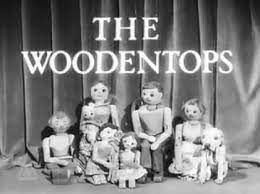 To get you in the mood for this week’s story, take a look at the leash of Constable Wallop Brook fly rods, the Kennet Perfection, the Chris Yates Barbus Maximus, a pair of unused Barder #4-weight fly rods, a 12′ Barder Avon & a Tom Moran 7-footer by clicking here.

The late Derrick Davenport (co-founder of Davenport & Fordham, makers of the splendid Farstrike range of cane rods) was an amazing man. I went to see him once. He’d got a rod I’d made for Chris Yates and as I was on my way to hang out with Chris for the day, he said ‘Hey man, be a love; swing by DD’s place and fetch my Nadder on your way down here.’ He really does talk like that, Chris Yates. He’s a wiggy cat. The Nadder isn’t something with a catheter. It’s a 12′ whole bamboo roach rod with a split cane tip named after a river.

I crossed the Avon by Ibsley bridge, thinking of the salmon, barbel and huge roach that still swam there. Thought too about my friend Dave Swallow, reel maker and captor of at least six 3 pound Avon roach. He lived at Bridge Farm when I knew him. The cottages there were where Dick Walker and his friends stayed when they were fishing for the huge Avon barbel in the sixties. Who could forget the picture of Colonel Crow, boss at Ibsley, holding that sixteen pound barbel, foul-hooked when he was salmon fishing.

Go over the Harbridge Stream, Chris said, and turn left. He told me that I’d find DD soon enough. I drove down an avenue of fantastically ancient holm oaks and as the unmade road left the gothic confinement of the trees, a tiny cottage appeared on my right. It had a stable door and as I parked the Quattroporte the top half opened and an elderly, impish man called me over. Here was Derrick Davenport, somehow perfectly to scale in this strange setting, the dream of some magical-realist from Mexico City, or Ringwood. Derrick told me about his time in the tackle trade and other things before fetching the Nadder. He said he’d enjoyed using it while out with a group of friends who preferred to use split cane rods, wooden reels, bamboo rod rests, wicker creels, that sort of kit. They called themselves The Woodentops.

Until next week, not goodbye, but au revoir from Edward, Colin, Baby Woodentop, Jenny, Willy, Spotty Dog, Mrs Scrubbitt and Sam from the farm.